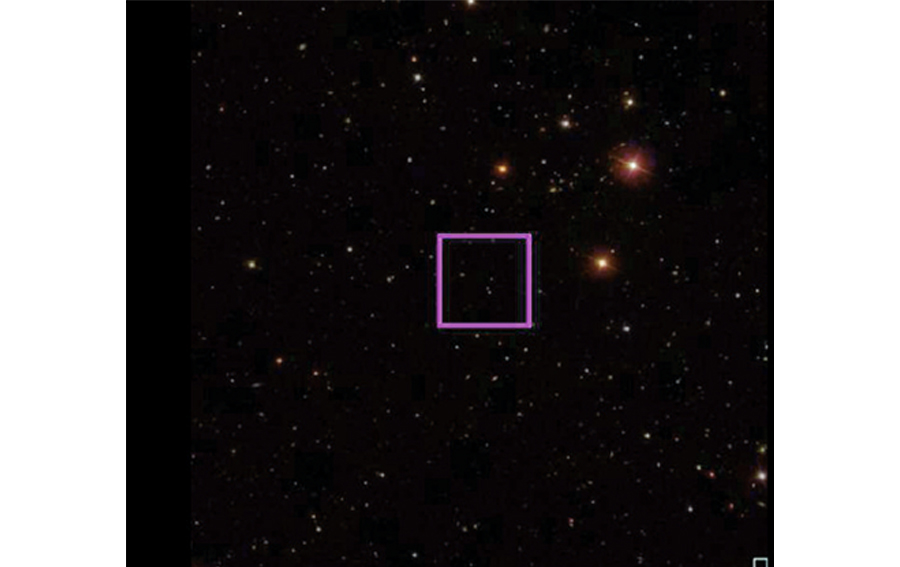 ‘Dyson Spheres’ and the Case for  ET Technology

The case for advanced extraterrestrial technology has gotten stronger, even as it becomes less visible. As incredible as it may sound, a new astronomical survey shows that over the last seven decades, scores of stars have, it would seem, mysteriously vanished. In the meantime, the mystery of ‘Tabby’s Star’ (KIC 8462852) remains unsolved, and some astronomers are now conceding the possibility that we may have stumbled upon, maybe many, of what might be called ‘Dyson Spheres.’

In his 1937 novel Star Maker, science fiction writer Olaf Stapleton envisioned an unbelievably advanced ET civilization with energy needs so great that it must capture the entire energy output of a star, and, to do the job, it engineers a kind of vast spherical lantern shade. The idea was later seriously considered by theoretical physicist and mathematician Freeman Dyson, who inadvertently gave it his name. The search for a ‘Dyson Sphere’ has continued to the present day.

Then in 2015, strange irregular blinking, or intermitent partial shutdowns of KIC 8462852, a star in the Cygnus region, 1500 light years from Earth, was spotted in data from the Kepler Space telescope by astronomer Tabetha Boyajian. So far, no satisfactory natural explanation—from planetary collisions to cometary anomalies—has been offered. And now,  suddenly, the plot has thickened.

By comparing photographs of the sky taken as much as 66 years apart (1950 to 2016), startled astronomers have discovered that at least 100 stars have inexplicably disappeared. The new study: “Our Sky now and then−searches for lost stars and impossible effects as probes of advanced extra-terrestrial civilizations,” is published in the Astronomical Journal and led by Beatriz Villarroel of Stockholm University and Spain’s Instituto de Astrofísica de Canarias (https://arxiv.org/abs/1606.08992). Nothing in conventional astronomical theory, however, can account for such disappearing stars.

Before the new discoveries, speculation about the existence of such an enormous stellar structure as a Dyson Sphere, had been considered strictly ‘science fiction,’ unless you count the work of physicist Paul La Violette, who has argued that the emitters of regular and powerful electromagnetic bursts, known a pulsars, may actually have been first created as navigational beacons for an ancient spacefaring civilization. For such a civilization, a ‘Dyson Sphere’ should be a piece of cake, but still, a lot to chew on. 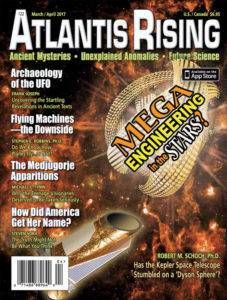 Issue #122
Mega Engineering in the Stars? 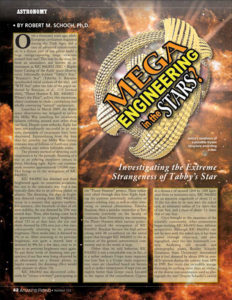 In the Member’s Archive:
Mega Engineering in the Stars?