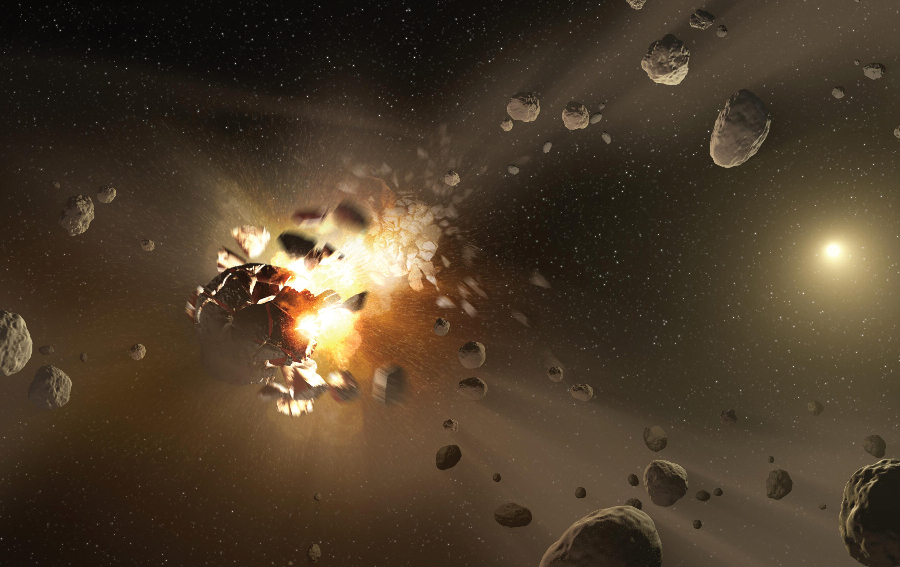 The late Zecharia Sitchin explained the asteroid belt between Mars and Jupiter as resulting from the destruction of a planet known as Tiamat after being struck by a rogue planet called Niburu. The story can be found, he said, in the cuneiform texts of Sumeria. Similarly, in a 1988 book, Catastrophism and the Old Testament, author Donald W. Patten theorized that a planet called ‘Astra’ had collided with Mars after breaking into pieces, much as the comet Shoemaker-Levy hit Jupiter in 1994.

Many esoteric traditions, such as Theosophy, have long held that the asteroid belt is the aftermath of a collision between a planet known as Maldek and Mars. Many such sources claim Maldek was destroyed by the nukes of a mad civilization.

Usually discussed under the heading ‘Phaeton,’ this hypothetical world was also called the ‘fifth planet.’ The idea being that the solar system originally had just five planets.The notion that the asteroid belt resulted from a planetary collision has also been called the ‘Disruption Theory,’ though it has been summarily rejected by academia. New evidence, however, is forcing science to reconsider many ideas once dismissed as fringe.

In December,  a new study led by University of Oklahoma astrophysicist  Matthew S. Clements published in the journal Monthly Notices of the Royal Astronomical Society, took a new approach. Entitled “A record of the final phase of giant planet migration fossilized in the asteroid belt’s orbital structure,” the paper challenged the “Nice Model” , the standard theory for the dynamical evolution of the Solar System. According to Clements and his colleagues a comprehensive new analysis of orbital data indeed suggests that the asteroid belt should be viewed as the fossil record of a destroyed fifth planet (https://arxiv .org/abs/ 1912. 02833). 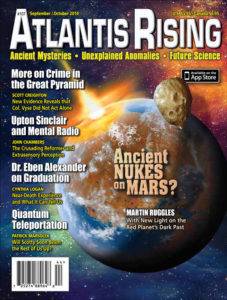 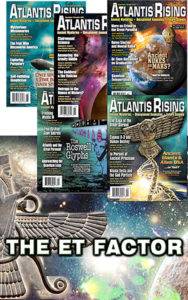 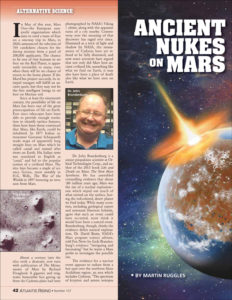 In the Member’s Archive:
Ancient Nukes on Mars