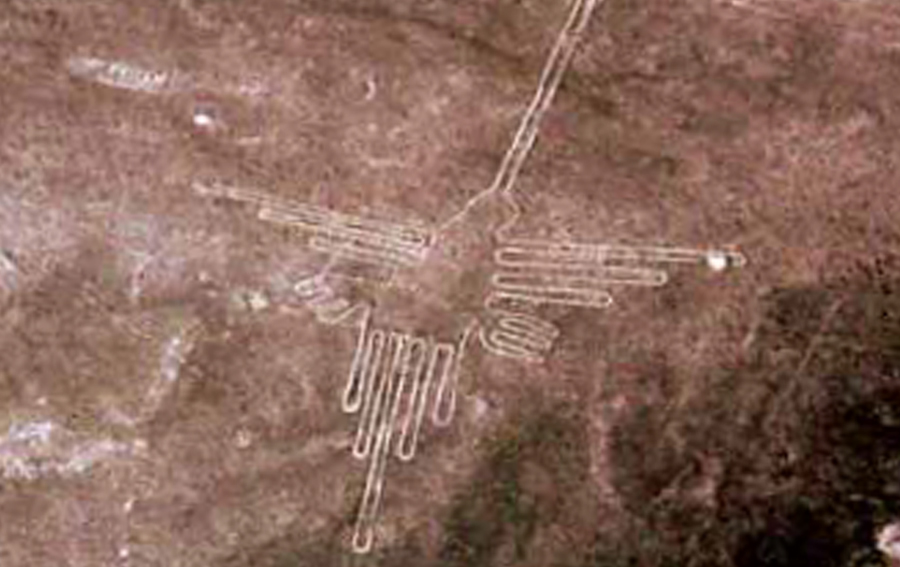 “We live within the ruins of an ancient structure, whose vast size has hitherto rendered it invisible,” wrote the late John Michell in the first edition of his classic 1969 book The View over Atlantis. Across much of the earth, he said, are ancient earthworks and stone monuments built for an unknown purpose, with shared features suggesting they could be part of a worldwide system which he believed served the science of a lost ancient civilization which Plato called ‘Atlantis.’ A mysterious network of long straight lines called “leys,” Michell believed, link the ancient landscape of Britain with counterparts in China, Australia, South America and elsewhere. Now, a new statistical study of a similar vast network of lines inscribed on Peru’s arid Nazca plateau puts Michell’s notions on virtual steroids.

According to independent researchers Frank Maglione Nicholson, Ken Phungrasamee and David Grimason, (nazcasolution.com), the ancient lines and enormous geoglyphs on the Nazca plateau constitute a virtual map of the planet. A “Great Circle Map:,” they call it, “a gnomonic projection with the center of the Earth as its cartographic view point.” Many vectors implied by the positioning of gigantic animal figures laid down by ancient artisans on the desert floor, were projected by the authors to encircle the entire planet. They were then able to show how many coherent patterns connect, not only most of the world’s megalithic sites, but also its significant natural features—including continents, great water bodies, and even volcanos. By using well established techniques of statistical analysis, the authors claim to provide “overwhelming evidence” that their theory is “true.”

Some observers see a parallel between the network postulated in the new Nazca hypothesis and the ‘portolan charts’ of medieval navigators, where radiating lines indicated the direction and distance to particular ports. In 2014, researchers at Utrecht University showed that the portolans revealed sophisticated geographical knowledge derived from unknown, and much older, sources. The ‘portolans,’ it has been speculated, may echo lost source maps from remote ages. Peru’s Nazca plateau, the new study’s authors believe, is a similar project, but on a far grander scale, and from a much earlier period?

In 2000, researcher J.M. Allen attracted some attention by suggesting that the Andean Plateau, of Peru and Bolivia was the true location of Plato’s Atlantis, but possible connections between lost ancient civilizations and South America had been proposed long before. Early in the twentieth century archaeologist Arthur Posnansky, director of Bolivia’s National Museum, applied archaeo-astronomical methods to argue that Tiahuanaco near lake Titicaca in the Andes was built seventeen thousand years ago by a people unrelated to local indian tribes. Poznansky pointed to architectural similarities between Puma Punku and Easter Island, 2,180 miles west of Chile. Both locations, he believed, must have been independently influenced by an even earlier, though much higher, culture.

“The Nazca Great Circle Map Hypothesis,” by  the Nazca Group can be read at http://nazcasolution.com/. 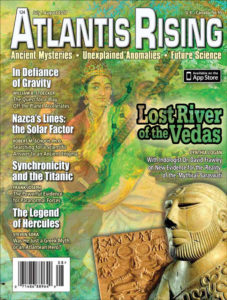 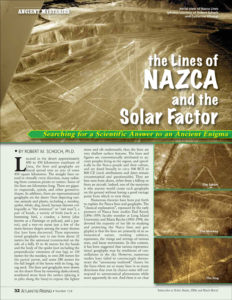