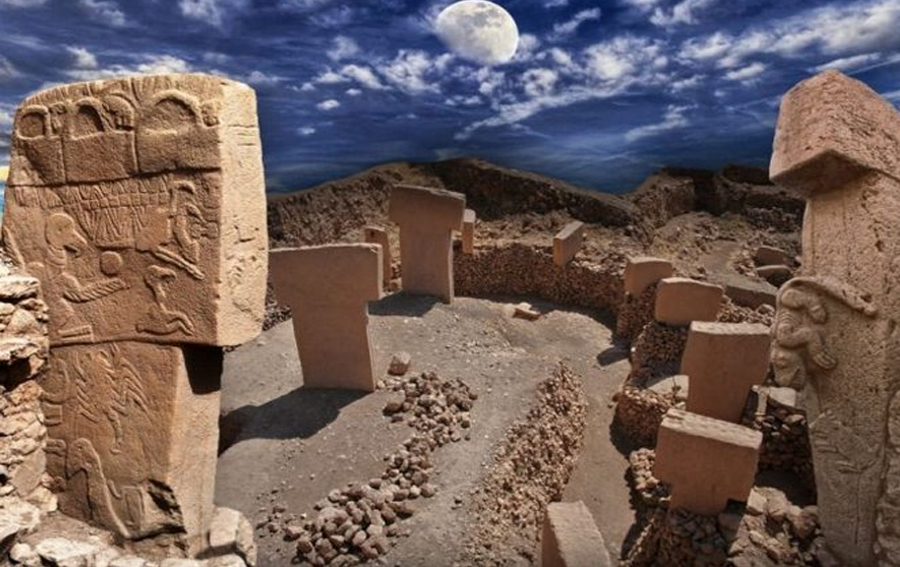 Since its discovery in 1994, by German Archaeologist Klaus Schmidt, the vast and mysterious ruins in southeastern Turkey, known as Göbekli Tepe, have posed enormous, and virtually unanswerable questions for mainstream archaeology. Dating to long before its final burial, 11 to 12 thousand years ago, the obviously sophisticated structures of Göbekli Tepe are older—by more than four thousand years—than the commonly accepted age of Stonehenge or the Great Pyramid. In other words, it completely overthrows conventional notions of prehistory—that humans of that period were primitive hunter-gatherers, and nothing more. And, the problems for the standard academic paradigm are not going away. Incredibly, a new study shows that the site was designed in advance, something considered impossible for any hunter-gatherer society.

Israeli archaeologists Gil Haklay and Avi Gopher of Tel Aviv University have established that aligning the centers of the three oldest enclosures (‘B’, ‘C’, & ‘D’) at Göbekli Tepe is a large equilateral triangle (over 65 feet on a side). The clear implication is that all three circular structures were planned–and maybe built–at the same time, thousands of years before the conventionally accepted invention of writing or the wheel. Such an enormous structure, would have required hundreds—if not thousands—of well organized workers. Entitled “Geometry and Architectural Planning at Göbekli Tepe, Turkey,” the new study was published in January, 2020, in The Cambridge Archaeological Journal. Göbekli Tepe’s builders, the authors suggest, must have been guided by some understanding of geometric principles and were capable of applying them to their construction plans. (https://www.cambridge.org/core/journals/cambridge-archaeological-journal/article/geometry-and-architectural-planning-at-gobekli-tepe-turkey/2CBAF416E33AFE6496B73710A2F42FF9)

In an April edition of the Israeli newspaper Haaretz, reporter Ariel David commented that “Based on the assumption that such a massive construction project would have been beyond the capacities of the small, non-sedentary groups that usually comprise hunter-gatherer societies, most scholars have assumed that all the circles at Göbekli Tepe had to have been built gradually over a long period of time.” The new evidence of advanced uniform planning clearly contradicts that assumption, but it is not the first such evidence to come to light.

In his 2014 book, Göbekli Tepe: Genesis of the Gods, British writer Andrew Collins offers one of the most thorough studies available on the topic (“Göbekli Tepe: The Cosmic Connection,” Atlantis Rising Magazine, see page 6). In addition to advanced planning, Collins claims the site also shows strong evidence of  alignment with the stars. A large ‘sighting stone’ with a carved hole, he believes, directs attention from Enclosure D to the northern sky, pointing specifically to Deneb, the alpha star of the Cygnus constellation, traditionally depicted as a swan, or some kind of bird. Indeed, one of the pillars in enclosure D bears the detailed relief carving of a bird, generally thought to be a vulture, next to some kind of sphere.

In 2015 Collins provided still further evidence of great, and entirely unexplained, sophistication at Göbekli Tepe. A tiny artifact—just six centimeters long, two-and-a-half wide, and three-quarters-of-a-millimeter thick—found during routine excavations at Göbekli Tepe, and on display in the Sanliurfa museum, was recognized for its significance by Matthew Smith, a British Telecommunications consultant. Smith pointed out to Collins, that it was a decorated with a representation of twin pillars like those at the center of each of the enclosures and, moreover, noticed, that the design employed a sophisticated three-dimensional perspective technique, not to be invented for another twelve thousand years, when artists of the renaissance, learned how to make their drawn lines converge toward a ‘horizon’ or ‘disappearing point’ in the center of an image, creating the illusion of depth for the observer. 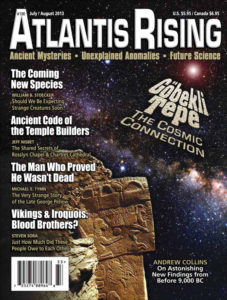 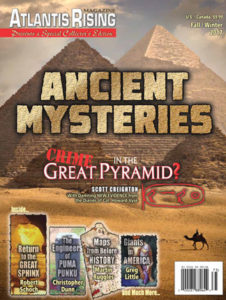 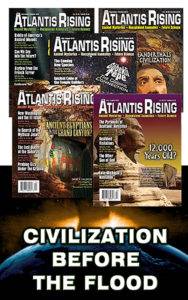 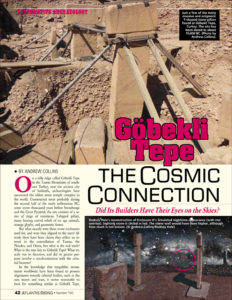