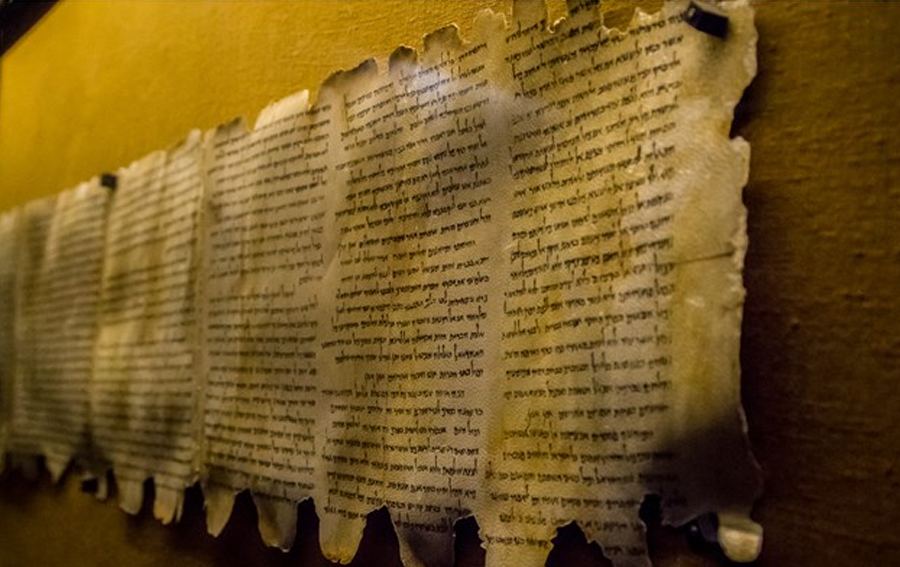 At a time when debate continues to rage over the true origins of the Bible and related scriptures, the news from Washington, D.C. is not good. After months of careful testing, scholars at the Museum of the Bible now admit that 16 fragments once claimed to be part of the Dead Scrolls, are fake.

We were duped, say officials of the museum, which had shelled out millions of dollars for the ancient fragments. Even though the artifacts once spotlighted on the institution’s fourth floor, are made of genuinely ancient leather, the text on them was applied in recent times and manipulated to resemble authentic Dead Sea Scrolls like those found in other museums (ie., Israeli’s Shrine of the Book). All of the fake fragments came from the same source, and were acquired since 2002, a fact which casts doubt on other purported discoveries, including about 70 similar fragments under investigation by Art Fraud Insights, a Washington, D.C. company specializing in such cases.

Despite the major embarrassment for mainstream Biblical scholarship, controversies regarding the authenticity of other recently discovered, and Biblically related, artifacts, continues. The case for a so-called Gospel of Jesus Wife, a small fourth-century papyrus fragment which included the actual word ‘wife’, however, appears to be closed. First brought to light by Professor Karen King at Harvard’s divinity school in September of 2012, the fragment caused major debate, but, King, herself, now acknowledges, it was probably a modern forgery.

Controversial as it may be, the suggestion that Jesus was married, or even had a special relationship with a woman has gained widespread fame thanks, primarily to the immense success of the Dan Brown novel and movie The DaVinci Code. King’s fragment was not offered as proof that Jesus was married, only that some early Christians believed he was. The much-celebrated gnostic gospels—discovered in 1945 near Nag Hammadi, Egypt—contain numerous early Christian references to a special relationship between Jesus and Mary Magdalene. There is even a Gospel of Mary Magdalene. Needless to say, official Christianity has not looked kindly on the gnostic gospels or their implications, now or ever. Early fathers officially proclaimed the teachings of the gnostics to be heresy, and at the time the Nag Hammadi gospels were buried, one could have been tortured and killed just for reading them, which, in all probability, explains why they were hidden, but it does not make them inauthentic.

The primary purpose of artifact fraud would not appear to be any secret religious agenda, but rather, another ancient motive: greed. 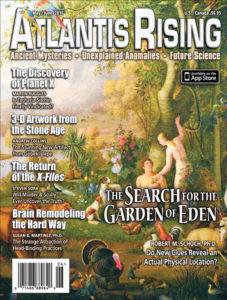 Issue #117
The Search for the Garden of Eden 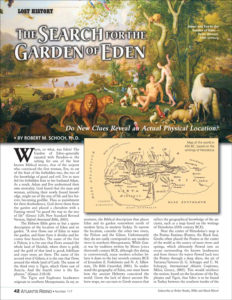