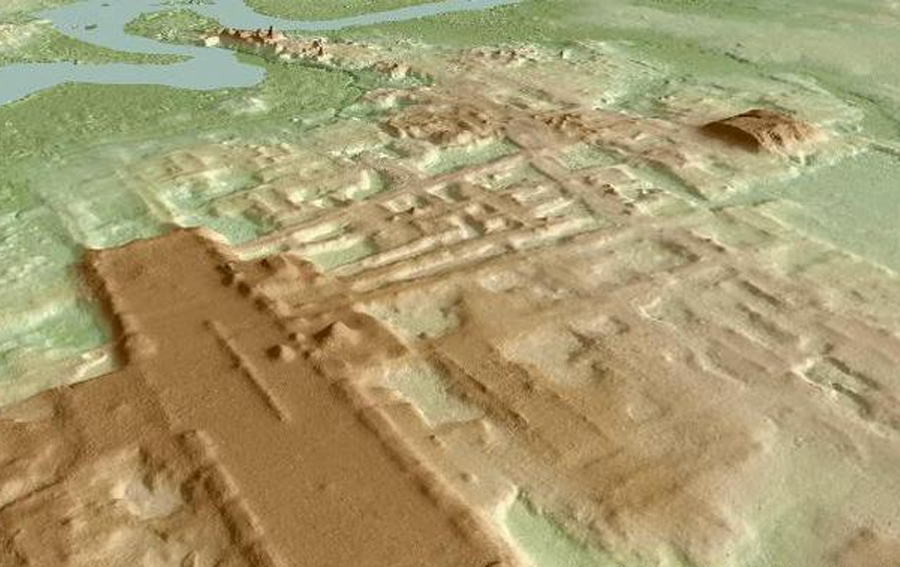 Recently developed technology, is painting a startling new picture of great advancement for ancient civilization in Central America. Aerial surveys published in July of 2020 have revealed the largest and oldest Maya structure ever found in Mexico—even larger than its many pyramids.

Between 33 and 50 feet in height, a clay and earthen platform, almost a mile long, can now be clearly seen lying beneath the dense jungle foliage. University of Arizona archaeologist Takeshi Inomata says the structure is almost 3000 years old, and took over 200 years to build, but was abandoned just 50 years after completion. According to a report published in the journal Nature, the discovery was made using LiDAR (light detection and ranging), a technique for measuring distances through the illumination of the target with laser light and measuring the resulting reflections with a sensor. Differences in laser return times and wavelengths can then be used to make digital 3-D representations of the target. (https://www.nature.com/ articles/s41586-020-2343-4)

The idea that ancient Maya civilization in Central America was just a series of primitive jungle villages with pyramids now appears to have been completely discredited by the technology. In 2019 LiDAR imagery revealed the existence on a massive scale of an ancient lowland culture in Guatemala. Maps pieced together by scholars from the U.S., Europe, and Guatemala showed, amazingly, over sixty-thousand once-buried structures, including isolated houses, large palaces, ceremonial centers and pyramids spread over a wide area. Clearly revealed was an enormous society of millions with previously unsuspected sophistication. The findings were reported in the journal Science. At a time when every day seems to bring startling new revelations about ancient advancement, the Central American story is now one of the best documented. (https://phys.org/news/2018-09-unprecedented-massive-scale-lowland-maya.html)

So what happened to the Maya? Why did their great culture suddenly shut down? As author Frank Joseph (Advanced Civilizations of Pre-Historic America) explained in Atlantis Rising Magazine #62 (March/April, 2007), after spending a thousand years building city-states across the Yucatan peninsula the Maya suddenly abandoned them, never to return, but they left no evidence of plague, famine or war to explain their sudden disappearance. Some researchers think they went north to build enormous mound cities in the American Midwest. 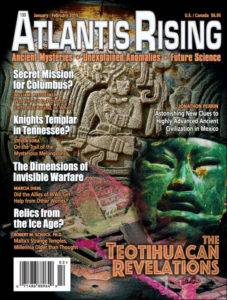 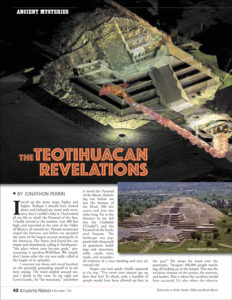 from the Member’s Archive
The Teotihuacan Revelations