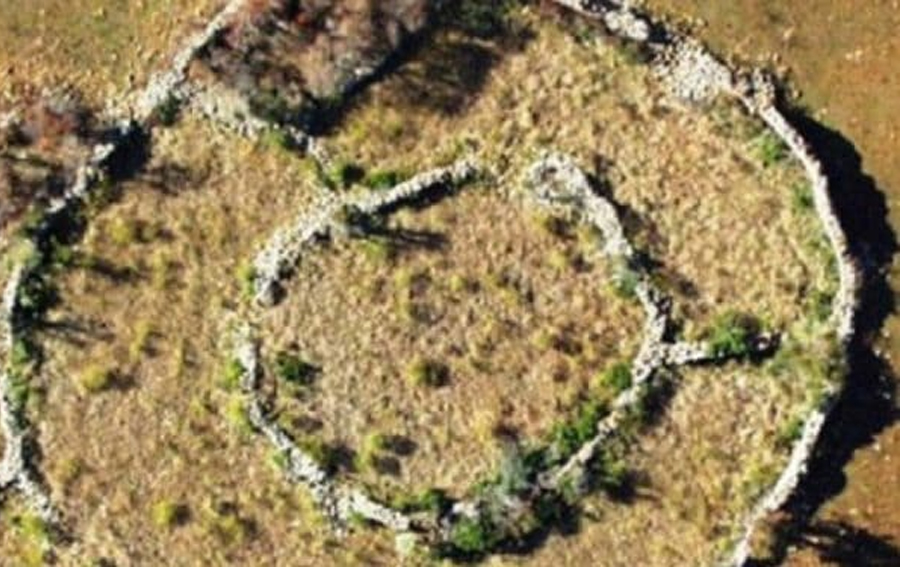 The accepted narrative for pre-historic South Africa makes it home for some of the oldest archaeological and human-fossil sites in the world. Indeed a series of caves in Gauteng Province, a UNESCO World Heritage site, is often called “the Cradle of Humankind.” Sterkfontein cave, for example, is one of the world’s best sources of hominin fossils. Other sites include Swartkrans, Gondolin Cave Kromdraai, Coopers Cave and Malapa.

From about three million years ago on, say the experts, many hominid species lived in South Africa, the first being Australopithecus africanus. Modern humans like us, the story goes, have inhabited Southern Africa for at least 170,000 years.  But some prominent researchers think the conventional story is just the tip of the iceberg.

Author, politician, explorer, musician and founder of the South African Ubuntu political Party, Michael Tellinger claims that stone ruins at Blaauboschkraal, at the center of a network of stone circles, also known as Adam’s Calendar, is a site of astonishing archaeological importance, and the remains of advanced civilization from a full 200,000 years ago (https://books.google.com/books?id=AWInAQAAIAAJ). The ruins, about 100 miles west of port Maputo, remain largely unexplored by orthodox archaeology. The go-to explanation is that the extensive structures found there were created by 16th century settlers who altered the landscape to increase agricultural yields in high-altitude grasslands. The stone rings were probably used as enclosures for cattle, the theory goes.

The area is near several gold mines, reminding some of claims made by the late best-selling writer Zecharia Sitchin who argued that ancient ETs who called themselves the Anunnaki came to Earth in search of gold, as long as 450,000 years ago.

If Tellinger is correct, the find completely overthrows orthodox timelines for the history of civilization. Even Turkey’s Gobekli Tepe in Turkey—12,000 years old, and predating Stonehenge and the Great Pyramid by thousands of years—is just a youngster. The area, however, is not the only South African locale challenging conventional timelines for human development.

In their 2008 book Big Brain: The Origins and Future of Human Intelligence, neuroscientists Gary Lynch and Richard Granger, make the case that a now extinct race of hominids near Boskop, South Africa, was smarter than we are—virtual geniuses by comparison—with an average IQ of about 150.

First discovered in 1913 by local farmers, the skull fossils—of which several examples have been found—possessed a cranial capacity about 25 per cent larger than our own, combined with a small child-like face.

In his book The Immense Journey, naturalist Loren Eiseley commented on the Boskops. “It’s all happened already. Back there in the past, ten thousand years ago. The man of the future, with the big brain, the small teeth. He lived in Africa. His brain was bigger than your brain. His face was straight and small, almost a child’s face.” 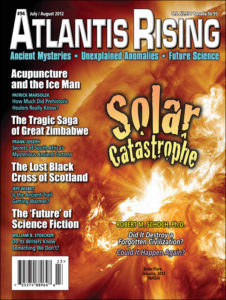 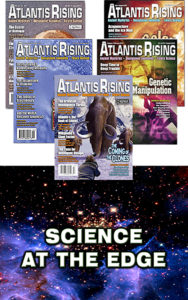 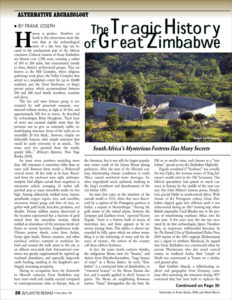 from the Member’s Archive
The Tragic Saga of Great Zimbabwe