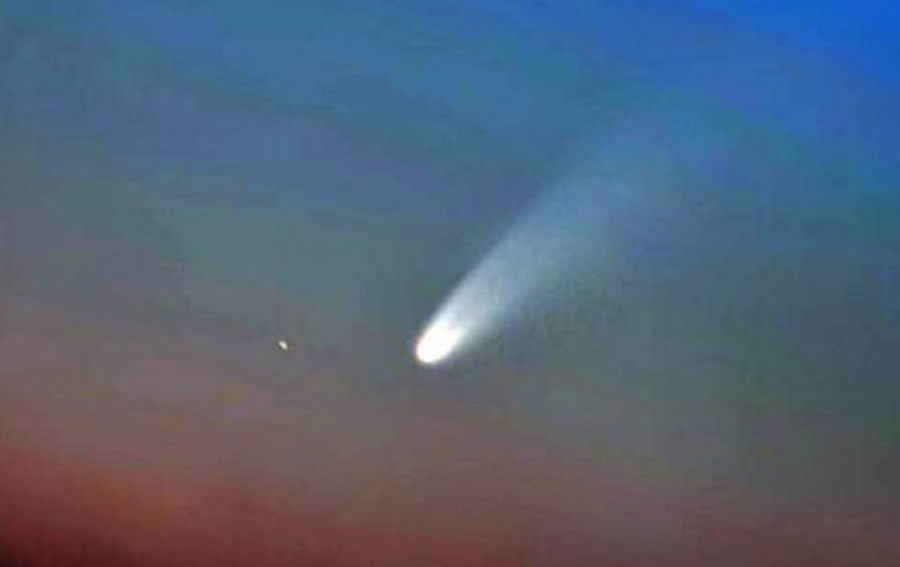 Primitive villagers in prehistoric Syria may have witnessed one of the comet strikes that many scientists now believe launched the Younger Dryas event ending the last ice age. Excavated between 1972 and 1973, before the areas was to be flooded by construction of the Tabqa dam, the site is now under the waters of Lake Assad, but a new analysis of soil and artifacts salvaged from the original excavation has shown that the paleolithic village at Abu Hureyra was indirectly hit and destroyed by fragments of a comet that slammed into Earth about 12,800 years ago. Pieces of melt glass—tiny bits of vaporized soil that solidified quickly after the explosion—have been found. According to a new study published this year in Scientific Reports of the journal Nature (https://www.nature.com/articles/s41598-020-60867-w) the glass resulted from the sudden incineration of the entire village by the airburst of a comet fragment. The study corroborates the once controversial Younger Dryas impact hypothesis, but it is not the first to do so.

In February 2018 a major scientific study provided overwhelming evidence that not very long ago, geologically speaking, life on Earth was violently interrupted and our last ice age was ushered in. Published in the Journal of Geology, the study was entitled, somewhat antiseptically, “Extraordinary Biomass-Burning Episode and Impact Winter Triggered by the Younger Dryas Cosmic Impact—12,800 Years Ago,” but it told a hair-raising tale of enormous firestorms—worse than those that are believed to have killed the dinosaurs many millions of years ago—that ravaged as much as a tenth of Earth’s surface. The ensuing ‘mini’ ice age, set in motion by immense dust clouds that smothered the planet, lasted for a thousand years. (https://www.researchgate.net/publication/322875340_Extraordinary_ Biomass-Burning_Episode_and_Impact_Winter Triggered_by_the_Younger_Dryas_ Cosmic_Impact_12800_Years_Ago_1_Ice_Cores_and_Glaciers)

The firestorms were caused, said the paper, by hits from comet fragments as large as 62 miles across. “The hypothesis is that a large comet fragmented and that chunks impacted the Earth, causing this disaster,” says Adrian Melott from the University of Kansas, one of the study authors.

Not everyone agrees yet that a comet impact kicked off the Younger Dryas event, but the recent studies appear close to settling the issue, and vindicating, once and for all, the long derided catastrophist view of history. 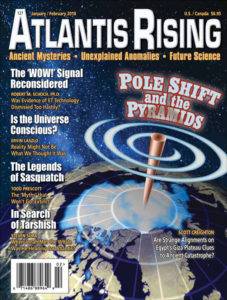 Issue #127
Pole Shift and the Pyramids 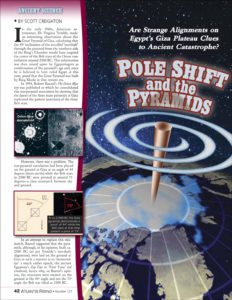 from the Member’s Archive
Pole Shift and the Pyramids