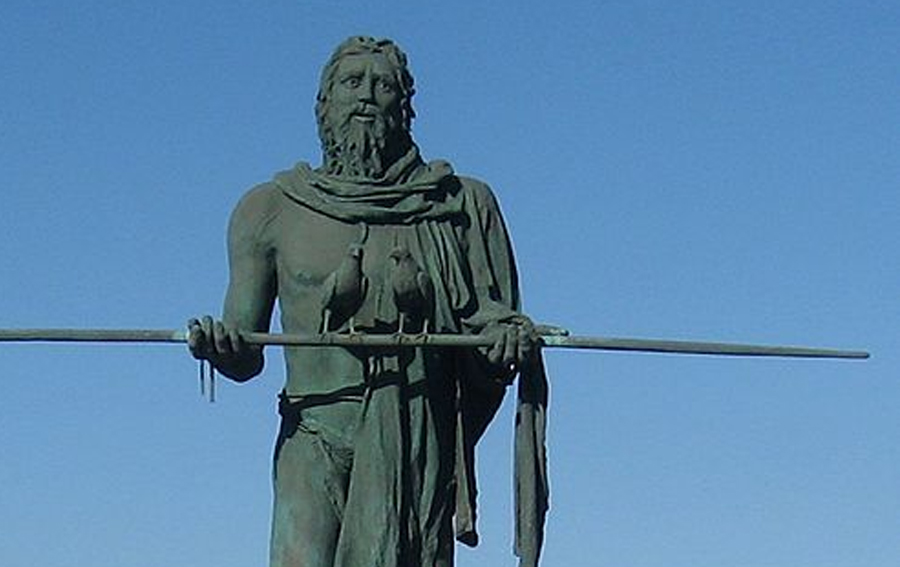 Archaeologists and others have long wondered where exactly the indigenous people of  the Canary Islands, the Guanches, came from. Theories range from Celtic to Viking to Atlantean. According to a 2019 study of DNA from ancient mummies, they were most likely Berbers from North Africa, who arrived in the Canaries around 100 AD or even earlier, but many questions remain unanswered. (https://journals.plos.org/ plosone/article?id=10.1371/journal.pone.0209125#abstract0)

Some 62 miles west of southern Morocco, the Canaries were conquered, beginning in 1402, by the Spanish Castilians, who found them inhabited by the Guanches. In Atlantis Rising Magazine #122 (“The Basque Atlantis Connection,” March/April, 2017), the late researcher William B.  Stoecker explained that the Guanches spoke Berber, a North African language. The Berber people are actually a mix of several races, united by culture and language. Those living in the southern Atlas Mountains, nearest the Canaries, have a high percentage of Rh negative blood, as do modern Canary Islanders, partial descendants of the Guanches. Although the Guanches seemed primitive, using no metals, there are a number of stepped pyramids in the islands, believed to have been built by the Guanches or some earlier, now-vanished, people.

If some kind of Atlantean empire or culture indeed existed, Stoecker believed, it might have been a seafaring culture on the continental shelves around the Atlantic. During the last ice age, when so much water was locked in vast ice sheets, these areas were largely dry land. Sea levels, then, were as much as 400 feet lower than today. The coasts of present-day Spain, France, and Portugal—as well as North Africa—would have extended further west. Florida was much larger than now, and the entire Gulf region of North America extended further south. The Bahamas had a much greater land area, as did other Caribbean and Atlantic islands—like the Azores and the Canaries.

Some 275 miles southwest of Portugal can be found the Horseshoe chain of seamounts, that includes the now submerged Ampere Seamount. During the last ice age the Ampere was partly above water. Composed of extinct volcanoes, the seamounts had formed on the Mid-Atlantic. In 1977 Russian researchers reported finding underwater ruins on the Ampere Seamount. Frank Joseph revisited the project in Atlantis Rising Magazine, #116, “Did the Russians Find Atlantis?,” (March / April, 2016).

Indeed, there was an immense collection of now-submerged real estate in and around the Atlantic and Caribbean, and, there is no need to invoke the sinking of an entire continent to explain the Atlantis legend. 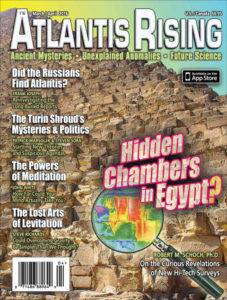 Issue #116
Did the Russians Find Atlantis? 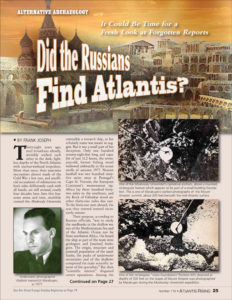 from the Member’s Archive
Did the Russians Find Atlantis?