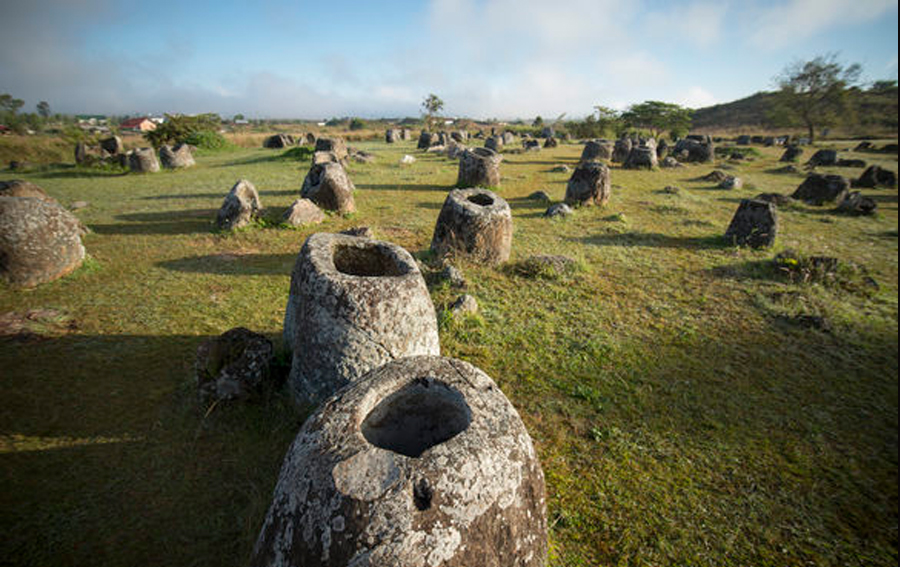 The ‘Plain of Jars’ in Laos, one of the world’s most interesting ancient mysteries, remains off limits to all but the brave and the foolish. Millions of unexploded bombs dropped during the Vietnam war, still kill hundreds every year. Scattered across the Xieng Khouang Plateau are thousand of immense stone jars of unknown origin. Of more than 90 sites, the most studied has more than 250 jars. Fifty of them, including the largest known are over three meters high, a meter across, and weigh several tons.

According to Madeleine Colani, an early researcher, the jars “are disposed without regularity, some of them pressing one against another, others quite isolated. Each one is fashioned from a separate block of stone, and a small number of them are very well executed, as though turned on a lathe, bespeaking the hand of a true artist.”

Generally it has been believed the jars were for funeral purposes, but now a new study using a technique called Optically Stimulated Luminescence has dated some of them to as long as 4,000 years ago, predating any known funerary practices of the type theorized. Some think they may have been used for storage of food, alcohol or other things, but, as with most mysteries, the truth could be more complicated (https://www.sciencealert.com/mysterious-jars-scattered-across-laos-are-thousands-of-years-old-scientists-say). 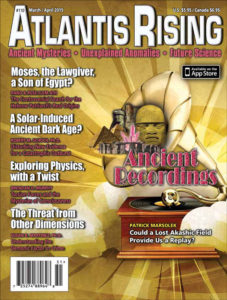 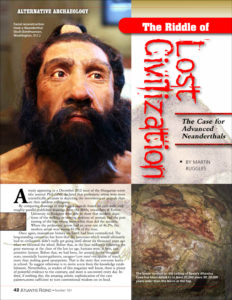