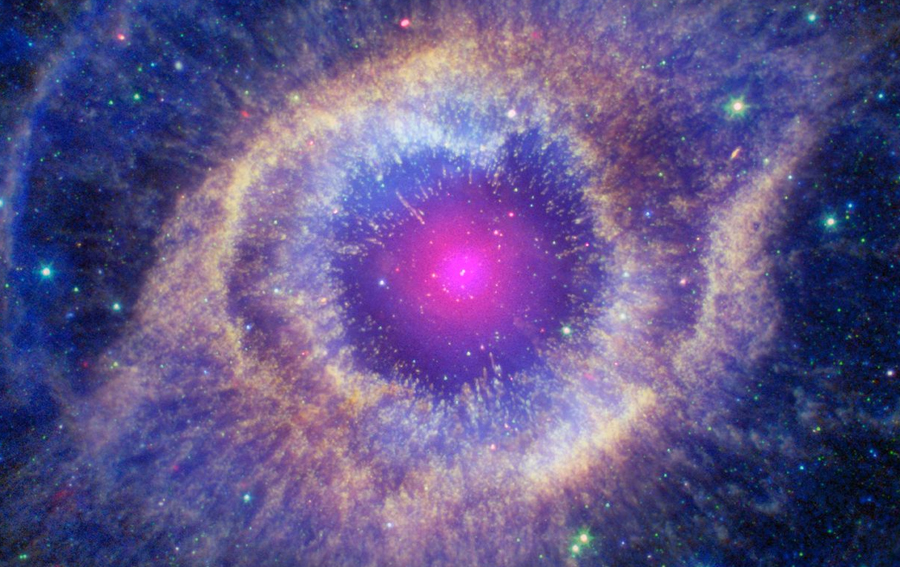 Things Might not be as ‘Random’ as Science Once Told Us

The “hard problem” for science is not getting easier. Artificial intelligence, notwithstanding, ‘consciousness’ remains a mystery, and we should not be surprised that science struggles even to define it, to say nothing of explain it.

Considered by top physicists the primary unsolved scientific puzzle of our time, ‘consciousness,’ has thus far defied all efforts to understand it, and even though some consider it only an illusion, it is one experienced, to a greater or lesser degree, by all thinking people. The go-to position for mainstream science is that—illusion or not—consciousness is just a function of the brain, and without the brain there would be no consciousness, whatever it is.

Some emphatically disagree and they are not without evidence.

Beginning in the 1990s the Global Consciousness Project, for instance, set out to investigate whether there might be previously unknown inter connections between the unconscious minds of people the world over. Forty electronic devices designed to produce a random series of ones and zeroes (like dice with only  ‘yeses’ and ‘nos’) were placed around the world and their output was tracked over the internet. The theory was that statistically the aggregate results should provide a virtually equal number of ones and zeroes. Any departure from that pattern could be considered an anomaly which could be measured. To the amazement of researchers, such anomalies did begin to occur and were usually associated with major world events including holidays like new year. Not only did major spikes show up along with events like the funeral of princess Diane and 9/11 but, indeed, the spikes actually preceded the events, often by several hours. The attack of 9/11, for instance showed up four hours before it happened. (https://noetic.org/research/global-consciousness-project/)

In 2012, Dimitri Krioukov, a professor at the University of California, San Diego published a study in Nature’s Scientific Reports which suggested that different kinds of networks evolve in similar ways. In an interview with the web site Space.com Krioukov said the Universe (what some once called the ‘macrocosm’) really grows like a brain, building its networks as it grows, with the electrical firing between brain cells ‘mirrored’ in the shape of expanding galaxies. Krioukov was careful to add that he didn’t mean the universe was ‘thinking,’ but he did concede, “for a physicist it is an immediate signal that there is something missing in our understanding of how the universe works.” That is, of course, what some might call a ‘no-brainer.’ (https://www.nature.com/articles/srep00793)

Gregory Matloff, a veteran physicist at New York City College of Technology published a paper in 2017 arguing that humans may be very much like the rest of the universe in both substance and in spirit. A “proto-consciousness field” could extend through all of space, he argued. Stars, in fact, may be thinking entities that deliberately control their paths. Put more bluntly, the entire cosmos may be self-aware. That view is all part of a growing movement called ‘panpsychism’ and it’s the ‘in’ thing in some very exclusive scientific circles. Much as the ‘Gaia hypothesis’ once considered the planet Earth to be a living breathing conscious being, the panpsychist concept would apply to entire galaxies, and even the whole universe. Or, as, the ancients might say: ‘as above, so below.’ (http://www. gregmatloff.com/Edge%20Science%20Matloff-ES29.pdf) This, of course, has for eons been basic to enlightened awareness. For science, though, it is better late than never. 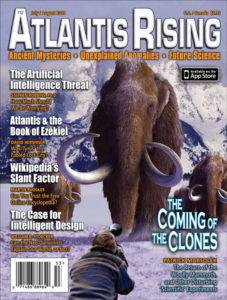 Issue #112
The Coming of the Clones 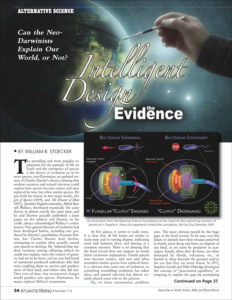 From the member archives
Intelligent Design – the Evidence