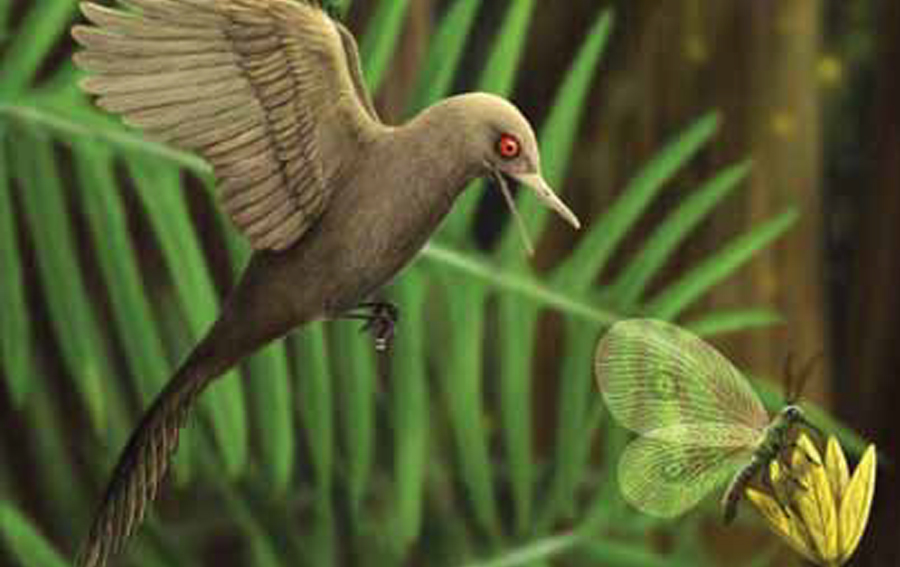 Could molecular biology be catching up with Hollywood? A new paper, published in the journal Nature, has announced discovery of a tiny dinosaur encased in amber. The event is reminding many of a famous movie.

Steven Spielberg’s Jurassic Park, in 1990 and later in its many sequels, featured DNA taken from mosquito blood, preserved in amber, that was used to clone dinosaurs and to create havoc. Even though the idea sounded plausible enough to the movie-going public, it was dismissed by experts,  as impossible. A few years later though, some have begun to wonder if that judgement might have been a trifle premature. Indeed, a 2014 paper in the Proceeding of the National Academy of Sciences reported that the fossil of a blood-filled mosquito had, in fact, been found, not in amber, but in shale. No DNA which might be used for any cloning experiments was found.

In March of 2020  Chinese researchers, Lida Xing and colleagues, discovered in Myanmar, the skeletal remains, including skull, of an actual flying dinosaur the size of a hummingbird, preserved in 99-million-year-old amber. The previously unknown species has been labeled Oculudentavis khaungraae. (https:// www.national geographic.com/science /2020/03/ smallest-ever-fossil-dinosaur-found-trapped-in-amber/)

Most scientific interest appears to be in the unique physical characteristics of the creature. Not much larger than Spielberg’s ‘mosquito,’ it weighs only 2 grams, and is at the very low end of the vast dinosaur-size scale. The titanosaur Argentinosaurus huinculensis, for example, found in Argentina in 1987, is believed to have been over 100 feet long, and to have weighed between fifty and a hundred metric tons. 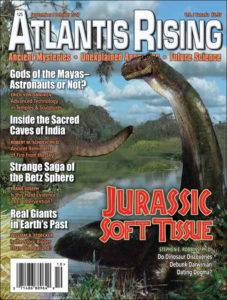 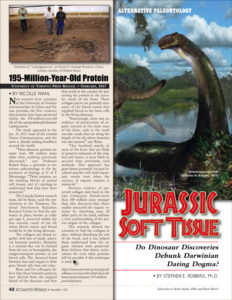